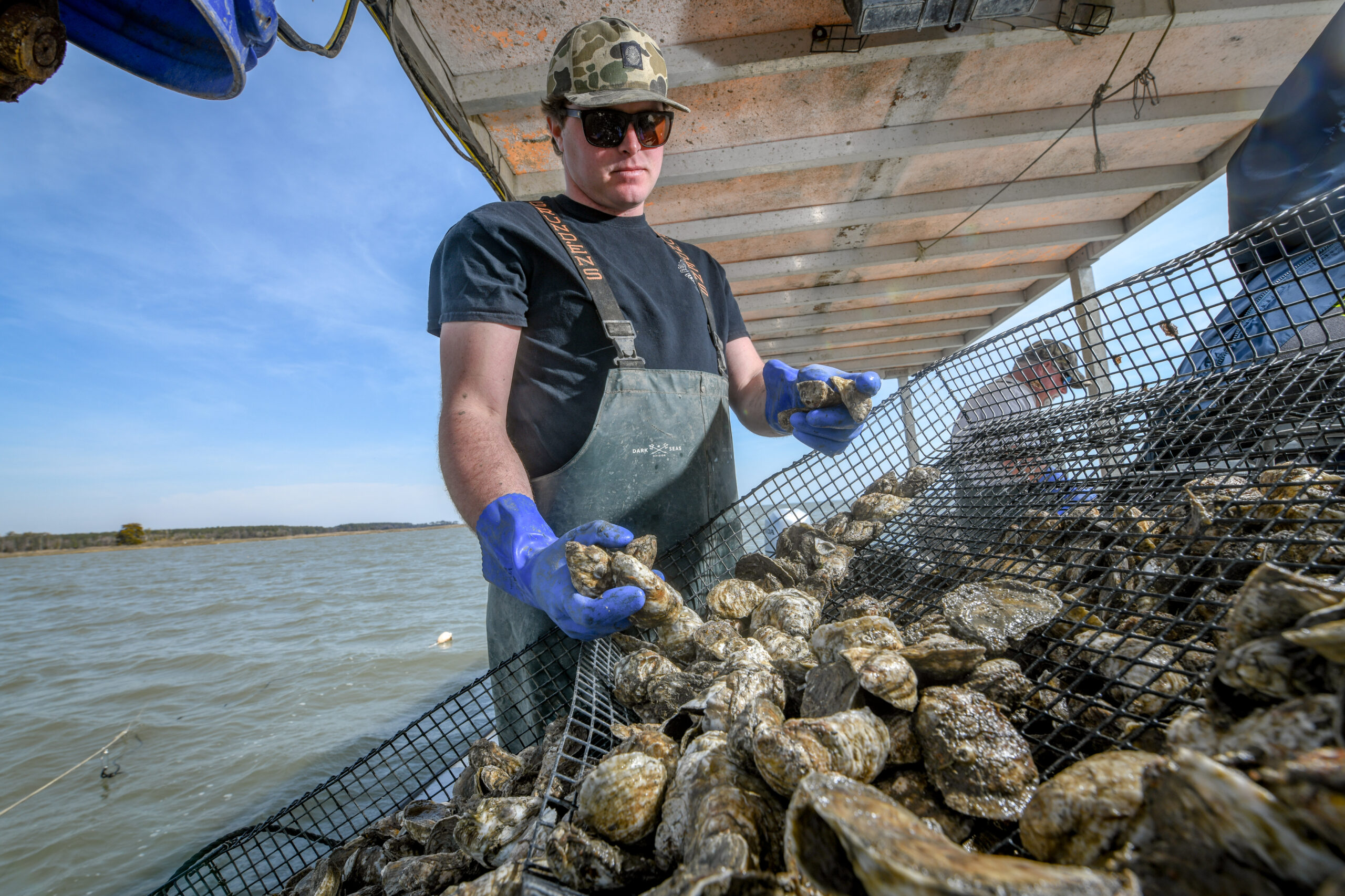 Maryland’s Chesapeake Bay and its tributary rivers produce oysters that are plump, delicate and often characteristically briny. You’ll taste a mild difference in flavor between oysters caught or farmed in different areas of the bay. That’s just a great excuse to sample your way across the region, tasting and comparing.

Of course, the easiest way to buy and eat oysters is to visit a Maryland restaurant and have them shuck you a half-dozen or more. Not in the mood for a raw oyster? Look for fried oysters, oyster stew or oyster casseroles on menus regionally.

In many groceries and seafood markets, Maryland oysters may be purchased either live in the shell or shucked into pint- or quart-sized jars.

When buying live, look for oysters that smell fresh and are tightly closed or close quickly when you tap on the shell. Do not buy oysters with broken shells. They should feel heavy for their size, which means they are still full of the “liquor” which keeps them plump.

Remember that the oysters are alive: Keep the oysters cool until you’re ready to shuck, either in the refrigerator or on ice. (That’s on, not in, ice. Fresh water is not good for oysters.) Put a damp towel over the oysters during storage. If you’re able, store the oysters with the cupped side of the shell down. These strategies reduce moisture loss.

Standard and Select are the most typically seen retail designations. (Tip: If you’re making Oyster Stew and the oysters are too large, you can cut them into smaller pieces using kitchen shears.) The milky-looking liquid inside the jar is known as “liquor” and is excellent flavoring for your Oyster Stew. When pouring or spooning out the oysters, remember that there may be some sand or shell grit in the bottom of the jar. To minimize the transfer of that grit to your food, don’t stir too vigorously or don’t pour out the entire jar into your recipe. The jar should be labeled with a use-by or sell-by date.

Note that there is a risk associated with consuming raw oysters or any raw animal protein. If you have a chronic illness of the liver, stomach or blood or have an immune disorder, you are at the greatest risk of illness from raw oysters and should eat your oysters full cooked. If you are unsure of your risk, consult your physician.